Year 4 did the Toilet Roll challenge whilst at home during lockdown! Watch here! 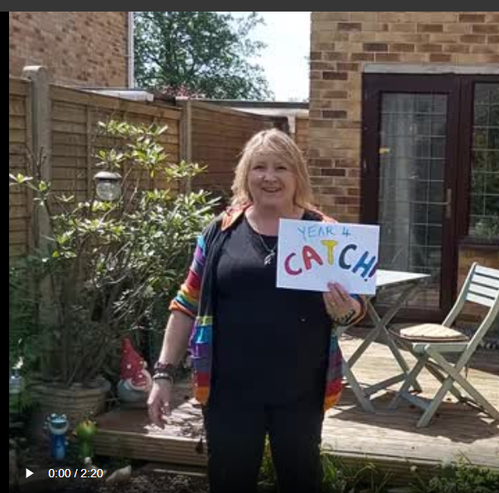 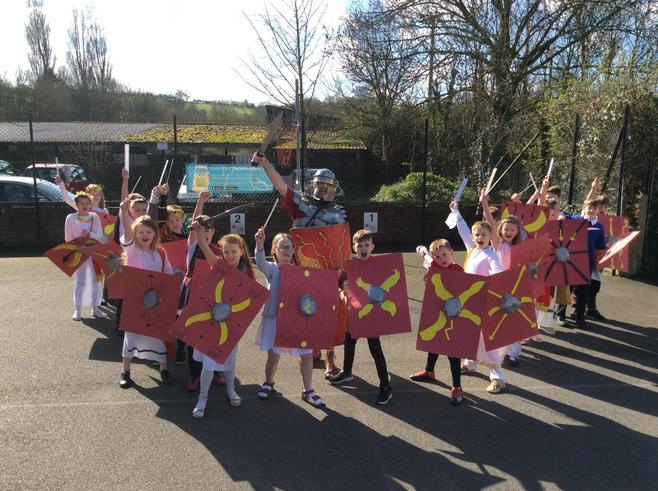 Year 4 enjoyed a day where all things were Roman!

They all came dressed as Romans, from soldiers to elegant Roman ladies.

In the morning we had a look at Roman Numerals, and constructed a numberline and clock. Then we were delighted that the legionary Lucius Maiorius Cogitatus (Mr Coggins) joined us. He came dressed in his armour with his weapons and shield and taught us all about life as a Roman soldier.  Then he helped us practise our marching formations with our Roman shields. We learned many Latin words and commands!

After that we made wax tablets (that the Romans used to write on) and catapults, which we tested in the playground. They worked really well!

In the afternoon, we made mosaics from our own photos and made and ate pizza!

it was a really fun day and we really enjoyed being Romans for the day! 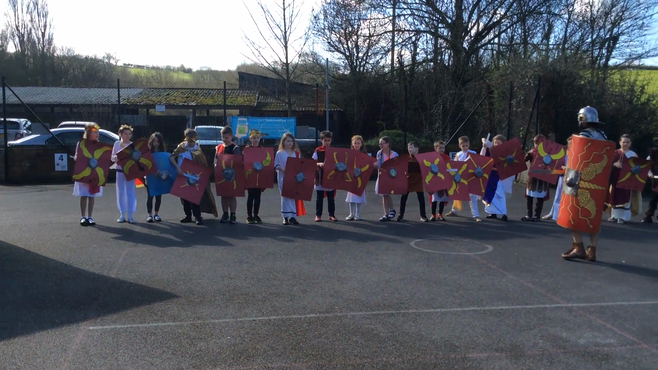 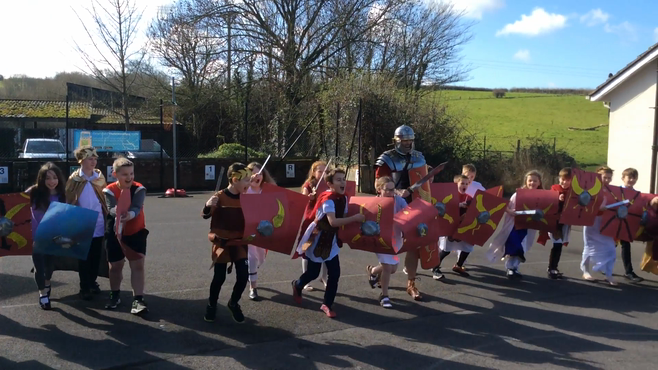 Year 4 had a very enjoyable trip to the Roman Fotress of Caerleon.

They experienced life in a Roman School including trying their hand at making Roman numbers using Roman numerals.

We visited the Roman Baths where we saw how the Romans washed and bathed and how they heated the water for the baths.

Then we visited the National Roman Legion Museum, where we learned all about Isca (the Roman name for the legionary fortress) and visted the barrack room to experience life as a Roman soldier and try some of their armour on.

Unfortunately due to the recent weather, we were not able to enter the ampitheatre, but did manage a sneak peak from a distance at it.